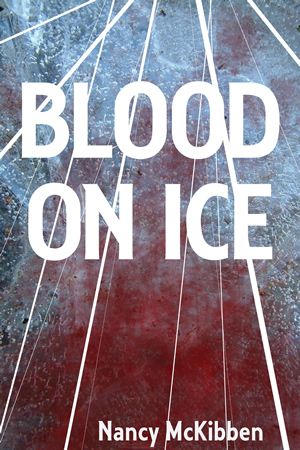 Forced into a high-stakes game he does not want to play, but must not lose . . .

It is Pete Petrovski’s rookie season with the NHL’s Columbus Jetz, and his exploits on the ice leave sportswriters scrambling for superlatives.

But Mob boss Grigorii Oxanov finds Pete’s celebrity irresistible for a darker reason:  he plans to lever Pete’s influence and contacts to turn the NHL into a cash cow for the Russian Mafiya, the crime syndicate that murdered Pete’s parents when he was only eleven.

Pete knows Oxanov as an arts patron and advocate for Russian orphans – and as a friend and mentor.

Only a few suspect the philanthropist’s secret life as a Mafiya boss:  Pete’s girlfriend, Natalie, who intuitively distrusts the man; the FBI, whose brilliant but disgraced mole is gathering evidence; and a local reporter, who pegs Oxanov’s orphanages as a front for less charitable causes even as he falls for Oxanov’s mistress.

Pete’s stunned realization that the Mafiya has big plans for his career imposes a nightmare choice – bow to the Mob and sacrifice his integrity or fight back and endanger the people he loves. Or is there a way he can refuse to choose at all?

From the streets of Moscow to the locker rooms of the NHL, Blood on Ice takes the reader on a riveting journey of kidnapping, extortion, and murder, where noble intentions and cruel reality face off in the deadliest game of all.